More than two years after Brexit, British fishermen are angry. They were promised more control over fishing rights in British waters, but what they’ve gotten is reduced income. Many of them voted Leave, but now they feel they’ve been let down.

The fishing industry overwhelmingly supported Brexit. Darren Kenyon is a fisherman from Grimsby in North East England. He believed in the government’s Brexit promises - including more control over fishing rights in British waters -- and voted Leave. But two and a half years after Brexit, he feels betrayed by Prime Minister Boris Johnson. Kenyon’s income is lower than it used to be and there’s more red tape than ever.

Fishermen aren’t the only ones in Humberside who regret voting Leave. It’s only now that people here realize how much the region benefited in recent decades from EU subsidies. Nearly 70% of them voted for Brexit, even though the region is part of what’s known as the Red Wall, Labour’s heartlands. These days, locals feel they’ve been let down. "I almost feel embarrassed that I voted out," says one man who owns a fish-and-chips shop. "I wish I could turn back the clock.”

The economic situation in North East England has been in decline since the 1990s. EU fishing quotas hit the region hard. In December 2019, these local frustrations were seized upon and exploited by Boris Johnson during his election campaign. Just days before Britain went to the polls, Boris Johnson visited the fish market in Grimsby and promised the industry hundreds of thousands of tonnes of extra catch, more regulatory autonomy and better access to waters. But his government has delivered on none of these promises. Fishermen, fishmongers and suppliers all feel betrayed.

For now, at least, there’s still a hip-hop project in Hull that keeps young people off the streets. It used to be paid for by the EU. It’s lost that funding now, and project leader Steve Arnott knows better than to expect any help from London.

DW Documentary gives you knowledge beyond the headlines. Watch top documentaries from German broadcasters and international production companies. Meet intriguing people, travel to distant lands, get a look behind the complexities of daily life and build a deeper understanding of current affairs and global events. Subscribe and explore the world around you with DW Documentary.

We kindly ask viewers to read and stick to the DW netiquette policy on our channel: https://p.dw.com/p/MF1G 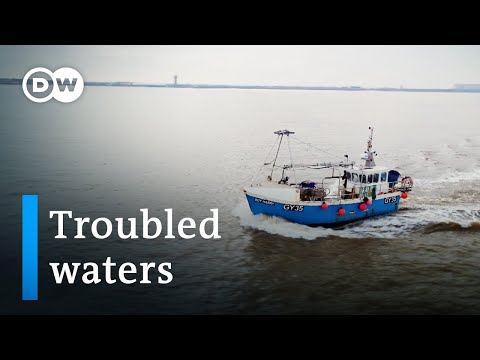 More than two years after Brexit, British fishermen are angry. They were promised more control over fishing rights in British waters, but what they’ve...