Lebanon: An economic crisis and the aftermath of the Beirut port explosion | DW Documentary

Lebanon is now going through the worst economic crisis in its history. 80 per cent of the population lives below the poverty line. In one year, food prices have jumped 500 per cent due to galloping inflation.

Lebanon was long regarded as the Switzerland of the Middle East. But those days are gone. A series of crises have plunged the nation into the abyss. And its people are suffering.

For Riad, who runs a grocery store in the suburbs of Beirut, business has become hellish. Every morning, calculator in hand, he changes the labels of his products according to the day’s exchange rate. An operation made all the more complex by the fact that his store is plunged into darkness, due to a lack of electricity. The Lebanese government no longer provides more than two hours of electricity per day in the country. It is impossible for the population to heat, light or use their refrigerators. Taking advantage of the situation, a network of private generators has emerged.

The Lebanese pound, the local currency, has lost 90 per cent of its value. The only people unaffected are those paid in dollars. The greenback, which can be exchanged for a small fortune against the local currency, has created a new privileged social class in the country. A salesman in an international pharmaceutical company, Joseph lives like a king in a ruined Lebanon. Thanks to his new purchasing power, he repaid his mortgage in two months, instead of... twenty years!

In a bankrupt state, plagued by corruption, six out of ten Lebanese now dream of leaving the country. In Tripoli, in northern Lebanon, Mohammed and his son set out for Germany by sea. Even though the trip was cut short off the Turkish coast, the young father is still ready to take all possible risks to reach the European Eldorado.

DW Documentary gives you knowledge beyond the headlines. Watch top documentaries from German broadcasters and international production companies. Meet intriguing people, travel to distant lands, get a look behind the complexities of daily life and build a deeper understanding of current affairs and global events. Subscribe and explore the world around you with DW Documentary.

We kindly ask viewers to read and stick to the DW netiquette policy on our channel: https://p.dw.com/p/MF1G

Lebanon: An economic crisis and the aftermath of the Beirut port explosion | DW Documentary 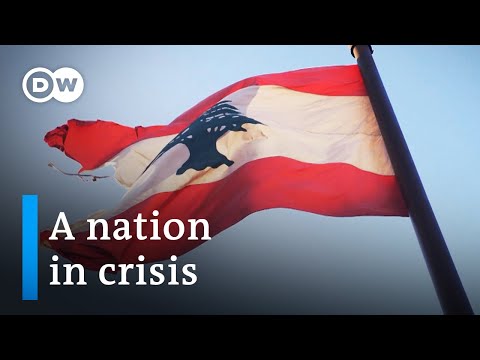 Lebanon is now going through the worst economic crisis in its history. 80 per cent of the population lives below the poverty line. In one year, food p...