A Units of History documentary on the legendary Jomsvikings mercenaries of the Viking Age! Signup for your FREE trial to Wondrium here: http://ow.ly/A7pN30s9bua

We continue our Units of History documentary series by delving back into the world of the Vikings which we recently covered with the Saga of Harald Hardrada. But rather than focus on an individual, we seek to tell the tale of entire warband of legendary repute.

The animated history documentary begins by discussing the historicity of the Jomsvikings. This is important as there is much academic doubt surrounding their story. While they do seem to have existed, discerning fact from fiction in their story proves difficult given our meager written and archeological records. The main takeaway is that this episode should best be taken with a healthy dose of skepticism. With this in mind, we do our best to stitch various narratives together in the most plausible manner for our presentation.

According to tradition, the Jomsvikings were founded in the late 900s AD by the Danish hero Palnatoke. However some sources point to Harold Bluetooth as the true founder of their legacy as the Danish King who first established their fort and appointed their commander. From this humble beginning, they would begin to raid their surroundings and establish a fierce reputation. This in turn attracted adventure seekers who would be put to the test for admission. All who joined the Jomsvikings were then subject to their strict codes meant to create a strong brotherhood of warriors whose bonds superseded any preexisting ties to society.

Our episode then delves into the equipment, organization, and service history of this Unit of History. We discuss the various battles and campaigns of the Jomsvikings which saw them fight across the far corners of the north. Famous examples include the battle of Fýrisvellir, the naval battle of Hjörungavágr, the invasion of Sweden and the Invasion of England. Ultimately however their ferocious reputation proved their undoing as kings became wary of their ability to threaten a monarch's rule. Yet the legend of the Jomsvikings would live on in the tradition of Englands Housecarl forces and in the sagas of the Viking age!

What Units of History should we cover next?

In the meantime, be sure to check out our other episodes on the medieval Scandinavians in anticipation for the new Netflix Valhalla series set in this era. 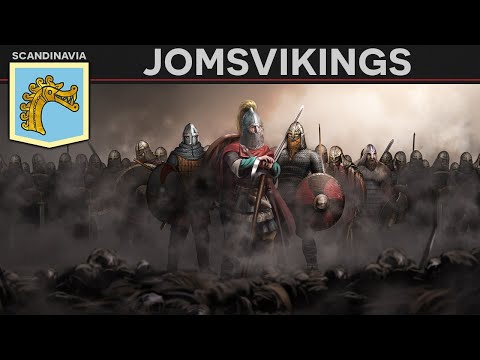 A Units of History documentary on the legendary Jomsvikings mercenaries of the Viking Age! Signup for your FREE trial to Wondrium here: http://ow.ly/A...