Units of History - The Speculatores: Spies of the Roman Army DOCUMENTARY

A history documentary on the Spies of the Roman Army!
The first 100 people to go to https://www.blinkist.com/invicta are going to get unlimited access for 1 week to try it out. You’ll also get 25% off if you want the full membership.

In this Units of History episode we take a look at the Speculatores, Spies of the Roman Army. We begin with a discussion of the early history of Rome and the misconception that these early armies of the Monarchy and Republic did not employ any form of covert operations or deception. This moralistic narrative often gets trotted out by ancient authors who want to elevate early Rome as some purer, more honorable society. However this strains credulity when you consider that Rome never would have survived let along risen to power without the use of intelligence operations. To prove this point we dive examples from their military history where commanders use spies, scouts, and all forms of tactics to gather information.

Yet while spycraft was not unknown to the Romans it seems that they lagged far behind the capabilities of their peers across the Mediterranean. This becomes readily apparent over the course of the Punic Wars when they routinely get handed bloody defeats for intelligence failures. The Carthaginian general Hannibal Barca in particular put on a clinic during the Second Punic war that taught Rome a lesson in humility. Soon however the Italian power would learn to adapt to the tactics of its enemy and even adopt them. Its from the end of the Punic Wars on that we finally see Rome's intelligence operations finally begin to mature.

The rest of the documentary episode covers the emergence of the Speculatores units and what their role was in the Roman army. For more context, check out our other video on the Procursatores and Explroatores who worked closely with them as the eyes and ears of the Roman legions.

What Units of History should we cover next?

Bibliography and Suggested Reading:
Roman Warfare by Adrian Goldsworthy
Exploratio: Military & Political Intelligence in the Roman World from the Second Punic War to the Battle of Adrianople By N. J. E. Austin, N. B. Rankov
Spies and spying in Caesar’s “Bellum Gallicum” by Jane Crawford
The "Missing Dimension" of C. Julius Caesar by Amiram Ezov
The Scouts of the Late Roman Army and a Disputed Etymology by Philip Rance

Units of History - The Speculatores: Spies of the Roman Army DOCUMENTARY 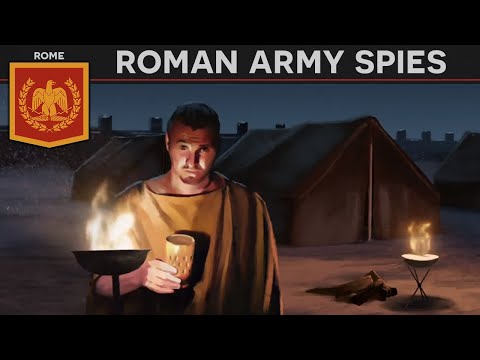 A history documentary on the Spies of the Roman Army! The first 100 people to go to https://www.blinkist.com/invicta are going to get unlimited access...