A military history documentary on the Berserkers who served as famous warriors in the Viking Army. Get your free trial of MagellanTV here: https://try.magellantv.com/invicta. It's an exclusive offer for our viewers: an extended, month-long trial, FREE. MagellanTV is a new kind of streaming service run by filmmakers with 2,000+ documentaries! Check out our personal recommendation and MagellanTV’s exclusive playlists: https://www.magellantv.com/explore/history

In this history documentary we explore one of the most famous units of Viking History, the berserkers. We begin by describing the main traits of a Viking berserker. The first is their animalistic qualities. This is actually tied to the broad trend of animal-human hybrids which appear in civilizations across the world. The Berserkers appear to have emerged from the norse version of this tradition with their sagas being filled with many instances of norse gods, legendary figures, and mortals transforming into all kinds of animals. The berserkers were just a subset of this group.

One of the next qualities of a Berserker was their rage, known as the berserkergang. This involved the viking warrior devolving into a rage filled state which might see them begin to bite their teeth and howl. The norse saga tradition has many tales of how this berserker rage led to much bloodletting of friend and foe. This leads us to the next quality of the berserker, their rejection by the community. This is a result of the way their violence threatened cultural taboos of loyalty and honor.

With this established we then talk about the viking weapons and armor which would have been used by the berserkers. Berserker armor is usually described as consisting of nothing but a shield however we speculate that they likely wore better gear, especially if they served in a noble's retinue. We then talk about training, initiation rights, and battle tactics. Finally we conclude by looking at their service history in viking warfare across the years.

Stay tuned for more content on the vikings and check out our videos on Assassin's Creed Valhalla where we will be exploring the world of ancient Scandinavia. Also keep an eye out for the portrayal of Berserkers in For Honor and other games to see if you can spot where legend and reality begin.

Bibliography and Suggested Reading:
"Edda" by Snorri Sterlusson
“Viking Warriors” by Ben Hubbard
“The psychology of the Berserkers: Going berserk” by Owen Rees
“Transforming Warriors: The Ritual Organization of Military Force” by Nordberg and Wallenstein
"On Going Berserk: A Neurochemical Inquiry" by Howard D Fabing
“Berserk for berserkir: Introducing Combat Trauma to the Compendium of Theories on the Norse Berserker” by Lily Geraty 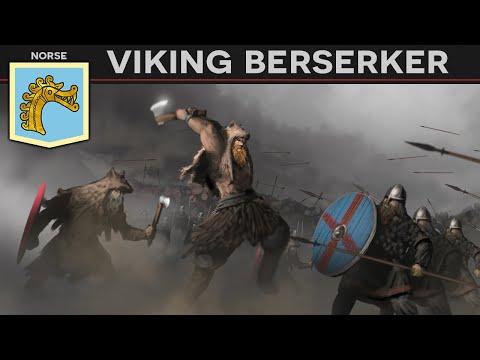 A military history documentary on the Berserkers who served as famous warriors in the Viking Army. Get your free trial of MagellanTV here: https://try...